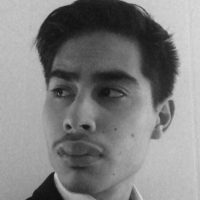 
Jay Zarate first came to the United States as a child with his family, in search of a better life. He learned English as a second language and developed a deep love for anything supernatural. He attributes that to growing up in rural Mexico, where there were always stories of demons, ghosts and hauntings.

Zarate grew up in California, where he now lives, and while he grew, he naturally gravitated towards horror movies and anything macabre. “I never considered publicly writing horror until I published my first short story on Reddit in April of 2020 at 20 years old,” Zarate says. “Funny enough, I failed my creative horror story project in English class back in High School and actually scored the lowest in the class. That’s why I was surprised by all the positive feedback. Since then I’ve decided to keep writing and I haven’t looked back ever since.”

Zarate’s stories are based on a mixture of the strong religious influences he grew around back home and the cultural creatures and myths of Mexican and American folklore. “I hope one day to be one of the greats and hopefully publish my own graphic novel or book,” Zarate says. “Wouldn’t that be something?”