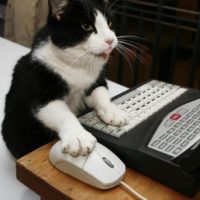 Shannon first gained notoriety in the late 90s with his pivotal role in the development of the early software used for feline to English translation, which, along with himself, was quickly swept away to a secret government facility deep beneath the Earth’s surface.

After two decades of furtive planning, he eventually managed to escape the iron grasp of the black budget deep state and their secret society masters, bringing with him the technology necessary to finally fulfill his one true dream: to be a successful author.

Now, translation device in paw and a noggin full of disturbing tales, Shannon resides in Myrtle Beach (wink, wink) where he toils endlessly, desperately trying to bring as many stories into reality as he can before his nine lives finally run out.

By his estimation, there’s only a couple left.

The Bottom of the Ninth