26 Sep All the Women in My Family are Cursed

Posted at 11:00h in Strange and Unexplained by CreepypastaStories.com 0 Comments
📅 Published on September 26, 2020

“All the Women in My Family are Cursed”

Though every poet considers the heart to be for more than pumping blood, I wonder whether any could hold an organ in such esteem if they lived a day beneath my skin. Is it not said that those who suffer have seen the eye of God? Even I suspect this is nothing but a lie; if it were really true, then I should have seen Him by now.

All Frye women are cursed, you see. It is the way of things, as natural as any other law of the universe. My mother had it. My mother’s mother had it, and her mother before her. It was this way before, it is now, and it always will be. Just as birds sing and salmon swim, so too are we Frye’s doomed to live beneath this stormy cloud. Our blood is poisoned, rotten to the core, and as long as there is air to breathe, this will be our fate.

Call it what you will – a sixth sense, a woman’s intuition, or telepathy maybe, but cursed is exactly what it is. My mother calls it “the Touch,’’ and that is what I call it too. All Frye women have the Touch, but no two women are ever the same.

My aunt Sarah has the Touch. She can see when somebody is about to die.

“Do you see that man over there?” she will say. “He won’t even make it another day.”

And sure enough, the man will die. His fate had already been sealed.

“How do you know when they’re about to die?” I asked her once.

Perhaps it was a rude question. I know it’s not the kind of thing I should pry at, but I’m getting older now and trying to make sense of this world.

“Well,” she paused, “It’s not quite so simple. We’re all dying, even you and I, but when somebody’s time is up, they stop looking like you and me.”

“What do you mean?” I pressed her.

“I see their skin start to rot,” she explained, “When it’s really bad, it’ll melt off like butter. Their eyes turn milky grey and their veins bulge deep purple.”

My cousin Riley has the touch too. Every man she falls in love with dies a horrible death.

At first, according to my mother, everybody thought that Riley was special. That she would be the first Frye to escape the curse. She never showed any signs of having the Touch throughout her childhood, and it was assumed that by the grace of God, misery had passed her over.

But we were all mistaken.

She brought home a boy from school one day; his name was Alexander. They were just friends at first, and they were only trying to understand their rush of emotions from a cocktail of hormones. There was a little flirting, a little bit of insecurity; it was the budding Spring of passion. They would talk in class, and he would make her laugh. He told all kinds of funny jokes.

Riley had a crush on him, but what did she know about love? They were just kids after all. To any adult, it would have seemed absurd, but I promise you, at just thirteen, love feels as real as anything else in this world.

“It happened when we were walking home from school,” she explained. “Alex took my hand, and I could feel that warmth, and happiness fill every pore in my body. I felt happier than I’d ever felt in my entire life. I knew then that I had fallen in love with him.”

And fall in love, they did.

The boy got run over by a bus the very next day.

Of course, my mother has the Touch too.

Sometimes, even during the sunniest of days in the peak of Summer, she will stop whatever she is doing and tilt her head to the heavens. With her eyes closed, we all know that she is listening to unheard voices in the wind, and that we should not make a sound.

After a few moments, without a single cloud in the sky, she will turn around and say, “There’s a storm coming.”

Sometimes, there really is a storm. A great big thundercloud, dark and ominous, will roll over the tree tops and crash the earth with hail and rain and lightning.

But sometimes, she means something else.

Last winter, for example, I was helping her decorate the family Christmas tree, when she seized my hand with a tight squeeze.

“There’s a storm coming,” she whispered to me.

The next week, my Grandfather was diagnosed with stage four pancreatic cancer. He didn’t even make it to April. I thought he would at least get the chance to see another Spring.

Sometimes, I find myself missing Grandma Enna, even though I never got the chance to know her. I just feel like if she was here, maybe she would be able to help me to understand. I have so many questions. Why are we cursed to live with this pain? What could our ancestors have possibly done to deserve such wrath? Are children not free from the sins of their fathers? I have never conjured an evil thought inside of my head for as long as I have been alive, and yet I must bear this burden as if these sins were my own.

“You’re named after your Grandmother,” my mother told me.

That made me feel good. I am Anne after my Grandmother. Even though I never met her, I could just feel that she was an amazing woman.

“What happened?” I asked my mother.

I could tell that this was an upsetting question, and it made my mom a little choked up, but she set down her coffee and took my hand.

“Grandma Enna was a wonderful woman,” she said, “So vivacious and full of light.”

She struggled a bit to find the words, but found them at last, “When she walked into a room, you just felt this warmth radiating from her. Like she was this little ball of sunlight. You couldn’t possibly feel sad when she was around.”

“And then?” I requested.

“Your Grandma was full of life, but when she would meet people,” she paused, “It was like a little piece of her would transfer into them. That was her Touch.”

I ruffled my brow, unsure what to think.

“She loved people,” my mom continued, “But she used her Touch a little too often. By the time you were born, there wasn’t anything left of her.”

When I think about her, it gets me thinking about my own Touch. If I’m being honest, it makes me scared. What pain lies ahead for me? Will I ever escape this sorrow? Or am I cursed to live a life of misery?

I’ve always been a bit of a sickly kid. It just seems like I’m always battling some kind of disease or pain or illness. I can never seem to get right. I was born with cystic fibrosis, which doesn’t help things. Imagine being waterboarded slowly, one day at a time, every day since you were born. Every breath I take feels like a vice is crushing my chest, and I worry that one of these breaths will be my last.

A couple years ago, I woke up feeling sick. I’m not just talking about a little bit of food poisoning either. I mean that I was really, genuinely sick. The doctors said that the disease was progressing faster than they thought it would. They weren’t even sure if I had a year to live.

I’ve thought about dying every day of my entire life. It comes with the territory of being born with a terminal illness, but nothing can really compare to that moment right before the end has come. I have no doubt that Aunt Sarah could see the reaper standing with me that day.

Everybody came to pay their goodbyes, while I sat still in my own bed with tubes of every variety poking in and out of my body like a human pin cushion. I was barely conscious with all the drugs in my veins, but I remember the priest, with his wrinkly hands, standing over me to give my last rites.

And then, something changed. My dad walked over to me, and with a tear in his eye, gave me a little hug.

“I love you,” he whispered.

And as he squeezed me, I realized then that there are fates worse than death. If I could take back what happened next, I would in a heart beat. If only, but sadly, that is not the Touch that has been given to me.

As his body pressed against mine, I felt the life inside of him leave his body, and I absorbed every bit of it like a sponge.

The doctor’s were amazed; they had never seen such a fast recovery before. I was a medical miracle, they said. Within a day, I was out of my bed and walking around. Within a week? I was already back at school.

But my father didn’t make it. He was dead, and I am what killed him.

I don’t even know how I’m supposed to live with myself, but each day, I take one foot and put it in front of the other. Whether I like it or not, I take one breath after another, and soldier on. It is the Frye way. We are cursed to live but live we must.

I asked my mom once why she and my dad never had any other kids.

With a sad look on her face, she said, “Well, you were supposed to have a brother.”

“Really? You never told me that before” I told her.

“You were twins actually. We were going to name him Tyler,” she said.

“What happened?” I asked.

“Sometimes I could feel you both tossing around,” she said with a hand on her stomach, “I even joked that you were hugging each other.”

Then she cast her eyes downwards with sadness.

“But the doctors knew that there was something wrong with one of the babies. You were sick,” she added, looking at me.

I couldn’t think of anything to say in return, so I just listened.

“Your brother on the other hand,” she continued, “was healthy as a horse. A perfectly healthy baby boy.”

I lowered my head, already knowing what happened.

“But for some reason, you two switched places. Your brother was stillborn, but baby Anne made it. It was a miracle.”

And so, I realize now, that I have killed not one, but two people.

The Most Unfortunate Place on Earth 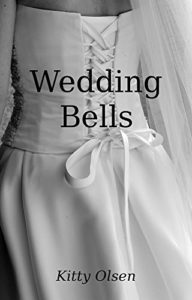 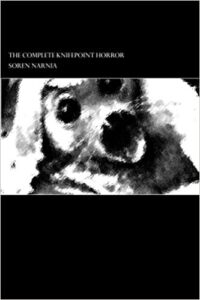