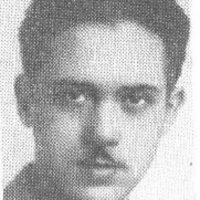 Kuttner was known for his literary prose and worked in close collaboration with his wife, C.L. Moore. They met through their association with the “Lovecraft Circle”, a group of writers and fans who corresponded with H. P. Lovecraft. Their work together spanned the 1940s and 1950s and most of the work was credited to pseudonyms, mainly Lewis Padgett and Lawrence O’Donnell.

L. Sprague de Camp, who knew Kuttner and Moore well, has stated that their collaboration was so seamless that, after a story was completed, it was often impossible for either Kuttner or Moore to recall who had written what. According to de Camp, it was typical for either partner to break off from a story in mid-paragraph or even mid-sentence, with the latest page of the manuscript still in the typewriter. The other spouse would routinely continue the story where the first had left off. They alternated in this manner as many times as necessary until the story was finished.

Henry Kuttner spent the middle 1950s getting his master’s degree before dying of a heart attack in Los Angeles in 1958.