18 May The Axe Man’s Lullaby

Posted at 11:00h in Strange and Unexplained by CreepypastaStories.com 1 Comment
📅 Published on May 18, 2020

I was just a kid. I didn’t know any better. Even if I could go back, what would I have done differently? Could I have changed what happened? Could I have done anything at all? Probably not. Even so, I can’t help but dwell on the details. Some nights, it keeps me from sleeping. I can only hope that sharing my tale will help ease the burden.

I don’t remember much of my childhood before my mother passed away. My dad told me she was struck by a car on her way to work. I was only four years old. Still, I know that I loved her. Part of me still does. It’s a strange, lingering feeling that doesn’t go away.

As much as I loved her, I feel that my father loved her even more. I say this because my mother’s death took an immense toll on him. Up until I was about ten years of age, he would have a nervous breakdown, tears and all, at least once a month. He never told me why, but I know it was because of her.

Things changed a bit, my tenth year. We moved out of that house – the one that reminded us of her. My dad pulled me out of the school system and we moved into a cabin out in the middle of nowhere. It may seem a bit drastic, but it was clear that my father needed a change. He wasn’t doing so well. Because of this, I didn’t question his actions.

From that point on, we lived a simple life. My dad took odd jobs here and there, and seeing as we lived up north, selling firewood was sufficient enough to supplement our income. That was my job – I would go out each morning with my dad’s old axe and chop up some logs for our eager customers. It wasn’t much of a life, but it was good enough for us.

Comfortable with our new living situation, I was taken completely off guard one night when I heard the sound of crying coming from my father’s room. We had been doing so well, so why was he still in such dire straits? Before I could analyze the situation any further, I heard my dad get up and slam the door shut on his way out of the cabin. I was compelled to follow him.

Peeking out of the cabin’s entrance, I saw my dad storm off into the woods, bringing with him an acoustic guitar. I’d seen the guitar before, and I knew my dad used to play, but I’d never seen him handle the thing. I figured that those years were behind him. Curious as to what he was up to, I followed him into the forest.

I tiptoed, making sure to hide behind trees and avoid stepping on leaves as I went. Eventually, we came to a small clearing with a creek running through it. Near the creek was a stump where my dad sat down and adjusted himself until he was comfortable. He looked down at his guitar, closed his eyes, and began playing.

I stood in awe of what I was hearing. A haunting mixture of melodious vocals and the rustling of trees in the wind filled the forest. I knew he played, but I never knew he could sing. It was breathtaking, for lack of a better word.

This went on as often as my dad had breakdowns in our previous house. Each night it happened, I would follow my dad out to the woods and listen to the beautiful song he’d seemingly written. I didn’t know what it all meant, but I could tell even at age ten that it stemmed from a place of great pain. I could tell that the somber, heartfelt tune was about losing a loved one.

Whenever I tried to picture my mother, the image was always blurry and out of focus, almost as if what little memory I had of her was slipping away. Whenever my dad played his song, I could picture her crystal clear. It was the oddest thing. This brought me comfort and ultimately helped me come to terms with her death. I had hoped at the time that it was doing the same for him. Being ten years old, though, it was hard to tell what was going through an adult’s mind.

Many months passed. The routine was nice for a while, but one night, everything changed.

I heard the usual swing of the cabin door followed by a swift crack against the door frame. It was very loud, signaling to me that my father was more distressed than usual. I hastily made my way to the door in an effort to follow him, but I stopped for a moment when passing his bedroom. The door was open just enough for me to see the guitar leaning up against his bed. How peculiar. I wondered why he’d left it behind. In truth, there was only one way to find out.

My dad was already at the creek when I arrived. He sat on the stump, motionless and quiet. He was in a sulking position, and his eyes were closed. Without his guitar or voice, the forest around him was void of sound. The only thing I could hear was the water in the creek as it trickled by us.

Soon enough, my father began singing. I could tell it was the same song he’d always sung, but it sounded off. Without his guitar, his voice was muddy and out of tune. There were some awkward highs and lows that made my stomach turn. Though his eyes were shut, I saw tears force their way out and watched as they swam down his cheeks. Eventually, he stopped singing and broke down crying.

What happened in the following moments will stay with me forever.

As my father wept, something strange happened. A milky white fog danced across the water. At first, I thought my eyes were playing tricks on me, but eventually, the white smoke gathered above the creek and took shape before my very eyes. It was a spirit. No ordinary spirit, mind you.

It was my mother.

My father stopped crying and instead began shivering. He opened his eyes and looked up to see the specter. He almost fell backward in fear.

The ghost of my mother reached out and began choking my father. His face went from red to blue before my mom stopped. He fell to the ground and vigorously gasped for air. I couldn’t bring myself to lend a helping hand. I was stuck in a petrified state.

My father tried to crawl away, but it was no use. My mother began clawing away at him. She tore through his clothes and eventually his skin. I watched in horror as she reached into his body and ripped out vital organs. His bones snapped like branches. His blood tainted the water. His voice once again filled the forest, only now it was screams of agony. I couldn’t bear to watch any longer, so I closed my eyes.

With eyes shut, I remembered the song my dad sang. I started humming it to myself, and just like that, I calmed down. The world around me became quiet. All I could think about was the song; that beautiful tune.

Memories of my parents came through the floodgates as I hummed. Tears rolled down my cheeks. I couldn’t help but fall apart. What had my childhood become? Where was I to go from there?

Eventually, I stopped humming and opened my eyes. The apparition of my mother was gone. My dad’s open corpse lay on the stump where he used to sing. As the scene before me sunk in, so did my heart. It crawled into the pit of my stomach and made a nest. It would stay there for many years to come.

I don’t remember running back to the cabin. Nor do I recall calling the local authorities. What I do remember is the look on their faces when they took me back out there and saw what I had seen. The sight of my father’s body was a grizzly one, that’s for sure. It was unlike anything the town had ever witnessed. Still, it was taken care of in a swift and respectful fashion.

In the coming months, the investigation came to an end. The true cause of my father’s death was never determined, but that doesn’t mean there were no answers found. My mother’s body was discovered buried beneath the creek. My father’s axe was determined to be the murder weapon. One of the theories floating around town was that my dad was the jealous type. They think he convinced himself my mom was having an affair and then lost his marbles. Feeling guilty, he moved us out near the dump-site so we could be closer to her.

I guess we’ll never know the full story, but one thing is for certain…

My mother had her revenge.

Charlotte and the Harlot 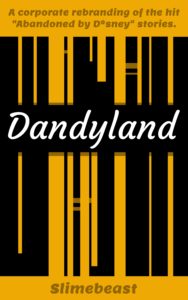 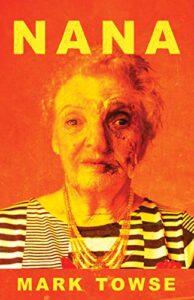