Posted at 11:00h in Strange and Unexplained by CreepypastaStories.com 0 Comments
📅 Published on August 11, 2020

When you’re a teenager, everything is unfair.  You can’t do this, you can’t go out, TV has to be off, and people just don’t understand how tough life can get.  My parents always say I have no idea what “tough” is.

But I think I do now.  There are things worse than high school, and I hope you don’t go through what I did.

It started on a Friday.  Friday is supposed to be a good day, the last day of school for the week, but that’s not how it went.  My mom left early for a dental appointment and didn’t wake me up like she usually does, and my alarm clock got knocked loose and didn’t go off.  As a result, I missed the bus, and my Dad, already running late for work himself, dropped me off twenty minutes late.  I got written up because it counted as an unexcused absence, and I already had too many for the semester.  I missed first hour completely.

Second hour was worse.  I left my essay I had worked on for days at home.  It was a huge part of my grade, and it counted for nothing.  The best I could hope for in that class now was a “C”, and knowing the rest of my work, that wasn’t likely.

I was in such a bad mood that it only made the rest of the day worse.  I accidentally knocked over a junior’s lunch tray, and he took a swing at me.  I spent the rest of the day in the office after they called my parents.  I didn’t even fight, and they still told me I was in a lot of trouble.

My mom picked me up, and the first thing she asked me was why I was being such a pain.  I just wanted to go home and lie face down in bed and forget the world existed.  I wanted the day to end and to see if I could make the weekend better.

I didn’t sleep well.  I woke up at six in the morning and couldn’t get back to sleep.  So, I got up, left my parents a note, got on my bike, and went for a ride.

Riding my bike always made me feel better.  I didn’t have a car I could drive yet, even with my learner’s permit under my belt, but it didn’t matter.  Out there, on the sidewalks in our neighborhood, I could be alone.  That’s what I wanted more than anything else, to just be alone.

It was still fairly dark when I went out.  Nothing ever happened in our neighborhood, so I knew my parents wouldn’t be worried, even being out this early, but there was a decent amount of fog.  It should’ve been a little creepy, but it felt comforting in its own way.  I took off, intending to just ride around until I got myself centered.

Benton Boulevard was a dead-end.  Always was.  There were a couple of nice houses out that way, but nothing strange or spectacular.  It did, however, have one of those yellow signs at the end of the block that read: “Dead End.”  It was unusual since there was another subdivision on the other side, but due to some neighborhood association or city zoning thing, there was a wall that separated them.

I turned onto it, fully intending to just spin around and come back, but I hit my brakes when, through the early morning darkness and fog, the road continued.  It wasn’t a real road, but more like a gravel driveway.

I shook my head.  I made a mistake.  This wasn’t Benton at all, but some other street.  But it couldn’t be.  Nothing in our neighborhood was unpaved.

Curious, I biked onto the path.

The fog and darkness remained, but I definitely didn’t recognize any of this.  There were no other houses, no other subdivisions.  It was just a path through some woods.  Pine trees rose up along the gravel, their tops lost in the distance.

The driveway finally widened, and I came up in front of what appeared to be an old house.  I say house, but it was bigger than that.  Maybe the fog helped it look bigger, but this place had at least three floors and stretched out as far as I could see to either side.  I was in some kind of wraparound drive that came to a set of double doors.  Double doors that were wide open.

I was about to take off and go home when I heard something caught in the spoke of my front tire.  I looked down to see a crumpled piece of paper jammed in it, with something written on it.

I pulled it out and unfolded it.  I gasped.

My name was on it, at the top of a short letter.

Welcome to Capstone Manor.  If you’re feeling brave, come inside to the library.  An adventure awaits.

The double doors creaked.  I thought it was just the breeze, but there wasn’t any.

I should have just left.  I probably would’ve been happier.  But the note had my name on it.  Somehow, I was supposed to be here.

I put up my kickstand and went inside.

Doors led off in all different directions, but they were all closed, and all locked.  I went up to the second floor and found everything the same.  I went up the next flight, and there, off to the right, was an open door.

I entered a huge space, filled with shelves, stretching up maybe twelve, maybe twenty feet in places.  There were those roller ladders you see in old movies that let you reach books no matter how high up they were.  The only problem was, there were no books.

There was, however, a lot of paper.  Folded notes, neatly laid on every shelf, sometimes two or three, but positioned precisely and with great care.  Even with the dusty, moldy smell that filled the place, every note looked recent, even leaving marks in the dust on the shelves.

I picked one up and read it.

You enter the library.  It is full of all kinds of possible paths, but once chosen, you cannot turn back.  Choose wisely.  You may begin by choosing any paper you see.

I smirked, but then chose another paper from the shelf behind me.  When I did, something fell out of it onto the floor.  Before I went to get it, I read the note.

Life isn’t easy, but some days are tougher than others.  You are having the worst day of your life, and you just wish things could be better.  But while out for a ride, you find a strange gem.  Do you pick it up, or leave it alone?

I looked on the floor and saw that the thing that fell out of the paper was a small green stone.  It looked like it had been intentionally carved, but the shape was all vague and indistinct.  I picked it up.

A breeze came through the library, but it didn’t have any definite source.  Another note came to land on my shoulder.  I read it as well.

You look at the strange gem, and upon taking a closer look you can see life through the eyes of others, and walk in their shoes for a short period of time.  Who is the first person you choose?

I looked into the gem again, and the more I did, the more the strange, swirly design on it seemed to dance and move.

The moment I thought it, the world winked out for a moment, and suddenly I was sitting at a desk, looking over paperwork.  To me, it looked like bills that came every month, but I could feel a sinking feeling in my stomach that didn’t really belong to me.

I saw off to the side a bank book, and the bills, and all I could feel was worry.  Worry it wouldn’t be enough.  Worry that I had missed something, that I wouldn’t be able to get my son that new bike he’d had his eye on, even though it meant the world to him.

I then opened the desk drawer too quickly and banged my shin on it.  Wow, that hurt.

Suddenly, I was back in the library.  My leg still smarted, and I looked down.  But there was no scrape, no red mark, no indication that anything had happened.

There was a new note in my hand.

You are suddenly curious to dig deeper into the minds of others.  Who is next, the junior whose tray got knocked over, or the teacher whose essay you didn’t hand in on time?

Weird.  I couldn’t pick anyone I wanted.  Just those two.

I picked the junior.

I was then in a car.  I was pissed off, still upset that I was in trouble because that asshole ruined my favorite shirt, and I couldn’t wear it this weekend to paintball.  My dad was in the seat next to me, still lecturing me about how to drive, that I needed to stay off the yellow line.  He was always yelling at me, even though I had my license and I knew what I was doing.

I was getting so sick and tired of him hassling me.  He never let up, ever.  He always wanted more, more, more.

I twisted the wheel and drove it at a lamppost.

The car hit.  My neck twisted as the airbag hit.  Even so, I looked over to see the old man holding his nose, which was gushing blood.  Sure, he would punch me again, but if his nose was broken, it was all worth it.

I felt the first punch just as I snapped back to the library.  My face throbbed, but somehow I knew it didn’t have a mark on it.

I looked around the library, but saw no more notes on the shelves.  There was just one, sitting on the floor.  I read it.

I dropped it.  I threw the weird gem on the floor, and I left.  I ran down the stairs, got on my bike, and rode back home.

On the one hand, I am now grateful.  I have seen that life isn’t that unfair if you get a bad grade, or you make someone angry at lunchtime.

But I am still scared.  Because, you see, I haven’t ever seen the manor again, but this morning, I found a neatly folded note in my bedside drawer, along with the gem I threw away.  I guess you cannot end the story until it is ready to end.  But the note reads the same as the day I ran from Capstone Manor.

You are not sure if the gem has greater power to see even more interesting sights.  You consider going beyond the limits of your town and seeing things even more insightful.  Will you see through the eyes of a killer, or his victim? 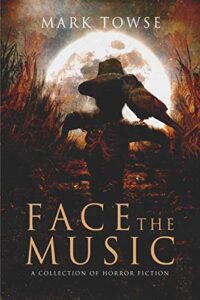 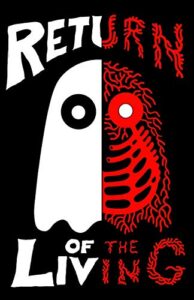