Posted at 11:00h in Strange and Unexplained by CreepypastaStories.com 1 Comment
📅 Published on April 3, 2022

The procession of soldiers marched with the steady, even rhythm of blood pumping through an artery. Grim-faced and sure-footed, they were fueled by anticipation of the reward that awaited them: fresh territory laden with resources. But they felt little in the way of excitement. This was a mission for survival, and victory lay on the other side of a formidable enemy.

As the soldiers approached the beginning of the next climb, their stoic silence was broken by a sharply shouted ‘Halt!’. It had an instant effect, like the flicking of a switch, and dozens of feet stopped in unison. They paused, waiting to be told what to do next. The only sound was their collective breathing.

‘We will rest here a while to gather strength. Drink your water rations and sleep if you can. We are almost there, men. The prize is in our sights,’ the major boomed, exuding all the confidence and certainty that someone in his position should.

A gentle wave of relief passed over the soldiers as their orderly line dispersed into small clusters, and they opened their packs while talking in hushed tones. Flasks came out, and water was sipped gratefully. Food rations had run out the day before, so water was all they had left to ingest. Something in the stomach was better than nothing. Still, the hollow sloshing was a visceral reminder of why they had to keep going, what they were fighting for.

For Kevin, who was yet to see any action in his military service, the rest stop was welcomed by his aching feet, but it did nothing to settle his anxious mind. He dreaded the prospect of going into battle. He had heard the old timers’ gruesome tales of comrades’ mutilations and deaths. He had observed the physical and psychological scars of those who had returned. He wanted no part of it. If he’d had a choice, he would have been anywhere else.

The question barged into Kevin’s looping worries about what was ahead.

‘Huh?’ he asked, not quite sure who had spoken to him. With the lack of bathing and the lack of food, everyone was starting to look the same – dirty, thin and worn out.

The voice had come from a soldier who was sitting in a group close by. Kevin had tried to find a spot on his own that was close enough to others that he could escape notice. His plan had failed and, worse, his inner turmoil was obviously etched into his expression. He wished he could make himself invisible.

The other soldier raised his eyebrows in an effort to prompt an answer.

‘Just stick with me when we get there. You’ll be okay,’ he said in a soothing fatherly tone, taking one last mouthful from his flask before screwing the lid back on.

Kevin wanted to say thank you. A deep, heartfelt thank you. But that was at odds with his desperate desire to maintain a tough façade, however flimsy it was. So he said nothing and replied with a short nod instead, hoping the conversation would end there.

While the older soldier’s words had brought a small measure of comfort to Kevin, they were nowhere near powerful enough to assuage his fear of the enemy. The tales he had heard of them, their method of killing, would not be so easily dislodged from his consciousness. They used small weapons in huge numbers so that their victims were eaten away in many tiny pieces – death by a thousand cuts. It was an agonizing way to die.

Eventually, exhaustion overcame Kevin, and he drifted into a fitful sleep, leaning against his pack. He dreamt he was in a dark, damp place where sound was muted, like underwater. He was huddled in a ball, terrified and feeling that he was being pursued. Everything was unfamiliar, and he didn’t know if he was hidden properly, but he didn’t know where else to go. So he stayed where he was, frozen with fear, trying to make himself smaller. Then he knew there were others around him even though he couldn’t see or hear them. He could sense them. They wanted to do him harm. And then he heard the whooshing of hundreds of pieces of ammunition flying towards him from every direction. He covered his head and scrunched himself up, bracing for the impact. As the first one touched his skin, he was abruptly ejected from the dream back into reality.

Sweaty and still breathing rapidly, Kevin looked around to see if anyone had observed his ungracious exit from slumber. They hadn’t. They were all starting to stand up, many of them also groggy from sleep, and hoist their packs onto their backs. There were groans and sighs and lethargic chatter. Kevin felt a rush of cold panic wash over his skin with the realization that they were on the move again. His nightmare had felt more like a premonition, and every step he took was a step closer to a horrible fate. His eyes darted around, searching the heads around him. Quickly and quietly, Kevin wove through the crowd that was slowly restoring its marching order, and he fell in behind the older soldier.

They started the steep ascent, which soon became a grind, their legs heavy legs and their stomachs grumbling. But determination overpowered the fatigue as they marched on. One foot in front of the other over and over again, the momentum of the group making up for the waning energy of the individuals within it.

Kevin held his gaze on the ground, not wanting to look too far in front of himself. He thought longingly of home, of his family there, of the simple things like sharing a meal and playing with the little ones, laughing together and feeling safe. But it would not be home for much longer, and he would never be able to go back there. The landscape was depleted to the point of no return; there was not enough left to sustain them. Home was dying, and if they didn’t find somewhere else soon, they would all die with it. There was no choice. He knew that.

‘Stay close and don’t break from the group. Your best bet is to have others around you. Safety in numbers,’ the older soldier said, now facing forward and gently tossing the words over his shoulder to Kevin.

Kevin greedily hoarded the advice. He clung to anything that could increase his chances of survival, his chances of reuniting with his family in the promised land. The image in his head of being surrounded by his loved ones in a land of abundance gave him a momentary flash of hope. But it didn’t last long before it was extinguished by thoughts of the merciless foe they must defeat.

The battalion continued to climb up the smooth, sand-colored ground, feeling gravity tug at their every upward move. After what seemed like an eternity, the weary soldiers found themselves looking across a plateau covered in a tangled forest of long, golden growths.

The major took the changing landscape as an opportunity to lift spirits.

‘We are through the worst of it now, men. We have our courage and the rest of our water rations to get us through the last leg of our journey. Your bravery will be rewarded with untold riches. Drink now, take a minute to collect yourselves, and then we will push on,’ he bellowed, his encouragement providing a small injection of nourishment for the souls of his soldiers.

After wetting their parched throats, they began to push their way through the ropey growths. It was slow going navigating between and under the densely intertwined vine-like protrusions. It wasn’t as bad as the climb before it, but it was no cakewalk either.

‘How’re you going, kid?’ the older solder asked when they climbed, weaved and belly-crawled their way through about half of the forest.

‘I’d be better if we got some clear terrain,’ Kevin replied, grunting as he squeezed under a thick golden bough.

Those were the last words they spoke before they emerged from the forest. Popping out of the twisted growths one by one, the soldiers saw a tract of relatively smooth, even terrain leading up to a short, steep rise. They couldn’t see it from their vantage point, but they knew that a bit further on from there and down to one side was an enormous cavern. This was what they were aiming for: the entrance to a brand-new paradise.

The major kept them marching; he knew that to stop now when they were running on empty could be their downfall. The stream of soldiers continued to take their synchronized steps, relentlessly advancing towards their target. Kevin’s stomach was contorting with hunger, and his light-headedness was tipping over into delirium. Everything was beginning to feel disconnected and surreal, like a dream. A very, very bad dream.

The older soldier swung his head around, uttering a soft, ‘Chin up, kid.’ He didn’t have much more to offer. By that stage, even the most experienced among their ranks were starting to feel the mental strain and turn inwards to prepare for the fight, which they knew could be their last.

The final brief ascent was completed in somber silence. A heavy air of existential contemplation hung over them, following them to the edge of the cavern, where they looked down into both the physical and metaphorical abyss. Dark, damp nothingness seemed to be waiting to swallow them up.

The major could gauge what was going on in the company’s collective mind, and he had the power to turn it around. The right words at the right time could catalyze psychological transformations. He cleared his throat and spoke with conviction.

‘This is the beginning, my fellow warriors. This is where we reclaim our lives and those of the ones we care about – our families, our community, our entire species. We have made it this far because we are survivors, and we will be triumphant in the end because we are righteous. When we win and commence our rule over this kingdom, we are not just going to gain material wealth. We are securing the future of our kind for many more generations. And that will be all because of you and your willingness to fight for everyone who can’t fight for themselves. Your valor will save us all.’

There was a subtle but significant shift in the soldiers’ mental state, a stiffening of their resolve and a perceptible uptick in morale. Even Kevin felt a tiny pang of pride at his contribution to the greater good. He just hoped with every fiber of his being that it wasn’t going to require him to succumb to a horribly drawn out and painful death.

With that, the major gave the signal to advance. The soldiers spilled over the edge of the sleeping man’s lips and into the vast cavern of his open mouth. They readied their weapons to take on the army of his immune system. The invasion had begun.

The Detective and the Hangman

A Year and a Day in Priorville 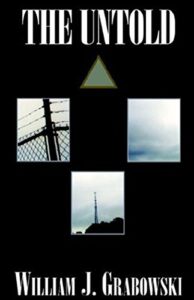 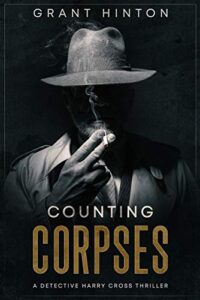