Posted at 11:00h in Strange and Unexplained by CreepypastaStories.com 0 Comments
📅 Published on January 3, 2021

I had my first trip to the dentist last week.

I do mean first, too. I don’t think I ever went growing up. Mom said baby teeth didn’t matter since I was going to lose them anyway, and the little dentists would protect my permanent teeth perfectly well, so there was no point in throwing perfectly good money away for some huckster to look at my teeth and say they were perfectly fine. Mom had pretty strong opinions about dentists. She had pretty strong opinions about a lot of things, really.

But I’ve been out and living on my own for a lot of years now, a few months back I was thinking that it was probably worth going to a dentist at least once, just to make sure everything really was okay. So I read some online reviews and called a place nearby, and I had my first dental appointment last week.

It was fine at first. I filled out some paperwork, they brought me back to a sort of awkwardly reclined leather chair, I sat around and played with my phone while I waited for the hygienist to come join me. All as expected so far. The hygienist even complimented me on my teeth when I first opened up, saying how clean and white they were. So I was feeling pretty good. I’ll be honest, I’d been a little worried that they were going to find all kinds of cavities and have to do root canals and tooth extractions. I didn’t have any reason for thinking this; I’ve never had a problem with my teeth at all. But you know how it is.

But then she started scraping at the base of one of my teeth with a little metal pick. She leaned forward, bringing the light closer, and squinted at the pick, and then into my mouth.

“What’s up?” I asked indistinctly, speaking around her fingers.

“You’ve just got a little something at the base of your tooth, down in the gumline. It’s not plaque, I don’t think.”

She moved the pick away, and something glistened on the tip. It was a tiny sphere, perfectly round, no bigger than the head of a pin.

“Aren’t those from the little dentists?” I asked.

“The little dentists,” I repeated.

She gave me a look of confusion, and I realized that she hadn’t just misheard me. She had no idea what I was talking about. I was embarrassed, because I thought maybe it was just some stupid childhood name for them that everyone else had grown out of using, and I never had because I never went to the dentist. So I tried to explain.

“The…cleaners? Like, the…little mouth things that go between your teeth?”

“Flossing?” she asked. “That wouldn’t be in your gumline like this, even if it did leave anything behind. And you wouldn’t get anything more than a piece of string, anyway. Nothing like this.

“There are a lot of them,” she added, peering into my mouth again. “It looks like they’re all along the gums, at the base of your teeth.”

She poked around a bit more with the pick, scraping a few more of the tiny gelid dots free. I didn’t bother to correct her about floss, because obviously I wasn’t talking about floss. It seemed like she legitimately didn’t know about the little dentists, the things that live in your mouth and clean your teeth. And I knew that not everyone had them. My mother had told me not to talk about them growing up, that not everyone would receive them when they started getting their adult teeth, and it was rude to brag about them. But it had never occurred to me that someone working in a dentist’s office might not know.

The hygienist went to fetch the dentist, and I figured that he’d set her straight. But when he came in, he seemed just as puzzled as to what she’d found.

“I really think you’ve just got an egg,” I told them, and they both turned to look at me.

“Have you been eating caviar?” the dentist asked.

“No! An dentist egg—whatever, you know what I mean. Seriously, have you not heard of these? You’ve never had a patient with the little dentists?”

The dentist shook his head. “I have no idea what you’re talking about.”

“They’re like…like cleaner shrimp, I guess, only for people. They live in your gums, and come out to clean up food and plaque.” He was still staring at me like I was talking nonsense, and I wa starting to get annoyed. “Look, get your magnifying glass or whatever and come take a look for yourself. They can’t be that hard to find. They come out all the time. I see them. I’m sure you can find one.”

“You’re telling me that you think you have worms living in your mouth.”

“I’m telling you that I do have worms living in my mouth. I can’t believe you don’t know about this. Look, just find one. Maybe I’m explaining it badly or something.”

The dentist shook his head, but he began carefully poking around in my mouth. Back by one of my molars, I felt a little dentist shift, the small tickling sensation they always caused along my gums.

“Go to the back,” I told the dentist, the one with the tools. He peered in, then suddenly recoiled, exclaiming.

I rolled my eyes at him and gestured to my mouth, trying to keep still to avoid disturbing the little dentist so this so-called professional could take a look. Carefully, he leaned back in, using a pair of tweezers to pull it forth.

It was longer than I expected, taking several seconds of steady pressure to slide free from my gum. I’d always thought of the little dentists as, well, little, but clearly they kept more of themselves coiled up and out of view than I’d expected. This one measured five or six inches long, although it was no thicker than a string. It coiled its body around the tweezers, unhappy to be out in the air. The dentist poked at it cautiously with his gloved hand, watching it move.

“I’ve never seen anything like this. You thought these were—ouch!”

The dentist suddenly shook his hand, sending the tweezers and the little dentist flying into the sink to clatter into the drain. The dentist ignored this, instead stretching out the latex to peer at the glove covering his hand.

“Everything all right?” I asked.

“Yes, I just—it’s nothing. It’s fine. Tell me more about these worms! You’ve always had them?”

I started to get uncomfortable. It wasn’t ever exactly taboo to talk about the little dentists. I’d just never done it, is all. And the dentist’s tone was making me feel like a lab experiment. It was becoming pretty clear that these were not common, and that maybe my mother had undersold it a bit when she told me that not everyone got to have them.

“I need to get another one,” he said, reaching for my mouth again.

“Whoa, hey,” I pushed his hands back, leaning away. “I can’t feel any more out right now. You can’t just go digging for them.”

“Let me look,” he insisted.

“No! No. Look, I don’t even know how many there are. You’ve taken out some of their eggs, you took one of the dentists—just maybe cool it, huh? Look, I’ll come back another day and you can get one then.”

“Fine,” said the dentist, though his impatience was clear. “Tomorrow.”

“I was thinking more like next month, or at least next week,” I said.

He shook his head. “This is an amazing opportunity, an amazing discovery. Please, tomorrow. I can use the time to get ready, anyway.”

I agreed, just to be able to get out of there. He followed me to the front desk and insisted that the receptionist clear a spot for me in his schedule. I saw him reading my information over her shoulder, and I knew that if I didn’t show up, he’d probably end up calling or even coming to my house. I felt kind of trapped, but I didn’t really know what to do.

The next day, though, I got a call from the dentist’s office, asking me to reschedule. The dentist was under the weather, they said, and wouldn’t be in that day. And then two days after that, I got a mass-distribution email from the dentist’s office announcing his unexpected death. They stressed that his illness had not appeared to be viral in nature, and that no reason patients should be concerned.

I’m not concerned. It’s pretty clear that the little dentist didn’t much like being hauled out of his home like that. He might have been a tiny little thing, but he wasn’t defenseless.

As for me, I think the only dentists I need are the little ones I can feel sliding over my tongue right now. I’m done with the full-sized kind.

The One In The Mist 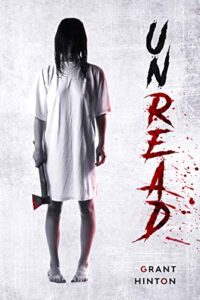