Posted at 11:00h in Strange and Unexplained by CreepypastaStories.com 1 Comment
📅 Published on October 1, 2020

I didn’t even know that you could get banned from calling 911. 31 calls over 36 nights later, and now I know the truth. They told me that unless they find an actual emergency situation the next time they respond, they’ll arrest me on the spot and haul me off to jail.

And you know what? Honestly? That doesn’t sound like a bad idea right now. Except for the part where I’d probably lose my children.

My ex-husband had the kids for the weekend, and I was looking forward to just relaxing by myself with some red wine and something dumb on Netflix. I was in the kitchen pouring out the wine when I looked out the window and thought I saw something there in my yard. A person.

It was dark out, so I rushed over to the light switch and flipped it up. The outside light turned on and flooded the yard. Nothing there.

I shrugged it off and sat down on my couch, scrolling through my Netflix options. Then the front door started rattling. That got my attention.

After a while, the rattling stopped, but I sat there frozen for several minutes. Then the doorbell rang, the sound like a dagger into the silence. I spilled some wine.

It’s probably Alan. Probably just forgot something for the kids and forgot that I changed the lock.

I sighed and got up to check the door through the peephole. Somebody was there alright, but it wasn’t Alan. At least I didn’t think so. It was a man dressed all in black, including a black ski mask.

As I was watching him, he reached down and grabbed the doorknob and started rattling the door again.

I have seen that man every night since. The only reason I’ve made 31 911 calls instead of 36 is that for 4 of those nights, the cops were parked right outside of where I was staying. When I saw him, I only needed to flick the lights four times, and that would signal the cops.

And while I saw that man for 36 nights in a row, the cops saw him zero times.

They never saw him. But I did. Every night, sometimes hiding in the shadows, sometimes standing inches away from me, breathing heavily.

I will tell you about one night, so you can understand how terrified I am.

This was definitely the worst night, in isolation. But the longer this goes on, the more every night becomes worse than the last.

This was a bit over a week into it. Maybe 10 days. I started off feeling some guarded relief. The cameras were all installed around the house, and the cops were parked outside. If and when this creep showed up, they’d get him… or if not, then at least the cameras would prove that he existed, and maybe offer up some clues to his identity.

I put the kids to bed, and let myself have a bit of wine… to help relieve that lingering terror. By the time I was ready for bed, I felt fairly relaxed and confident that I was safe for the first time since this thing started.

I was ready for a good night’s sleep, and I passed out pretty much as soon as I settled into bed.

Sometime in the night, I was awakened by the creak of the floorboards by the foot of my bed. For half a second, I was confused with half a hangover haze. Then I understood. Somebody was in the room with me.

I had a gun in the room, but I kept it in a lock box at the top of my closet where the kids couldn’t reach it. It was useless to me just then.

How the hell did he get past the cops?! I wondered, as another foot landed on the floor with a soft thud.

My heart almost exploded with relief. It was my 4-year-old kid, Alex.

“Come on,” I said, sitting up and patting the bed. On most nights, he still ended up in there with me.

“Mommy, there’s a man in my room and he wants to see you.”

I bolted out of bed. “Stay here,” I said, running to the closet for the gun.

Oh God… Shane is still in there.

My hand gripped the gun in the box, wavering. Did I want to bring a loaded gun into a room with my 6-year-old kid? I didn’t know the answer, but I pulled the gun out anyway and ran down the hall, after closing Alex in my room.

When I got there, the man was sitting on the bed with Shane. Shane was eating a candy bar, smiling.

“Mom!” he said. “Mr. Night is awesome! How come you never told us about him?”

The man was holding a knife up behind Shane’s back. I kept the gun behind my own back.

Then I heard the man speak for the first time. He kept changing his voice, modulating it in an exaggerated way so that it was really high-pitched, then really low, now fast and smooth, now slow and stuttering.

“I want what any man wants,” he said. “I want your devotion. And your gun. Hand it over, or, you know, the boy goes night-night for a long, long time.”

The hand holding the gun was slick with sweat, and my stomach was in knots as my heart pounded away in primal terror.

“Then I’ll leave. For now. No sense causing a ruckus with those officers down there if I don’t have to.” He lifted the knife an inch higher. “And no sense you causing a ruckus either, is there?”

I handed him the gun.

“Good call,” he said. He lowered the knife then turned to Shane. “Hey bud, Mr. Night has to get going now. Lots of other kids to give candy to. You be a good boy and we’ll meet again soon, yeah?”

The man stood up and walked over to the open window. I know that I locked that. He stepped out onto the garage roof as I grabbed Shane and yanked him back into my room.

I flicked my lights on and off four times.

By the time the cops got inside and upstairs, the man was long gone.

That was the last night that I spent with my kids. I see them during the day, but never at night. The man does not seem interested in them. Only in me.

I can’t for the life of me think of who the man might be. Somebody I know? I’ll admit, I did turn my thoughts towards Alan, my ex-husband. We had had some nasty fights before and after the divorce… but would he really hold a knife above his own child’s back?

I didn’t think so, but I tested it one night. The kids stayed with my mother, and Alan stayed with me, in the kids’ room. I knew it wasn’t him, because at 1 AM, I woke up to the man throwing acorns at my window. He was there in the driveway, somehow always just out of the camera’s view.

Alan was snoring away in Shane’s bed.

I’ve racked my brain trying to think of who it could be. It just doesn’t make sense. None of it does. It’s just a nightmare without reason.

How is he there every night and always gone without a trace by the time the cops get there? How is it possible?

It doesn’t matter where I am. At my house, at my mother’s house… at this hotel. He always finds me, he always lets me see him, and he always disappears back into the night.

Sometimes, I wonder if I really am imagining it. Shane and Alex both say they remember “Mr. Night,” but maybe I put that thought in their head?

That’s what the cops think. That’s why they’ve issued a written warning to me, about calling 911 again.

And it’s what Alan thinks. He’s starting to talk about taking full custody, at least until I “get better”.

Sometimes, the man leaves me notes. But they are always printed out, and the cops think that I’m the one who prints them out. They even found a word doc on my computer with one of the notes.

And now… now I’m holding the latest note, which he slipped under my hotel door as I was writing this. It says:

I Made a Monster Out of Clay

The Reappearance of the Brigantine Children 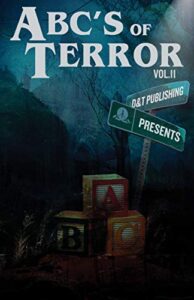 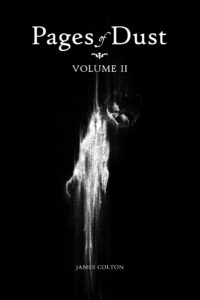 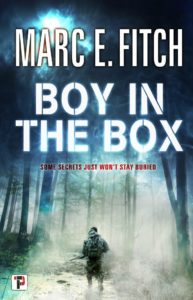 I like this one! Its title hooked me, and the story lived up to it.

SPOILERS
Honestly, both parents should probably be evaluated for custody; since neither seem to have taught their kids the oldest rule in the book “DON’T take candy from strangers!” : D
0
Reply
wpDiscuz Skip to content